It should be noted that sales from the import and distribution of Hyundai and Kia vehicles, which were acquired on 31/12/2017 and are consolidated for the first time to Group’s turnover.

Car Hire, the Group’s main activity, exhibited an increase of 11.4% during the period, with positive growth both abroad as well as in Greece, where the simultaneous growth of short-term tourism related rentals and corporate long-term leases support the Company's course. At the same time, used fleet car sales activity grew by 20.2% compared to the same period last year.

Substantial improvement has also been made in the contribution of car trading activity by expanding sales and market shares of brands active in both Wholesale and Retail.

Autohellas CEO, Eftichios Vassilakis stated: «AutoHellas achieved strong and balanced growth in both the tourism related component of its activity, increasing its share in the short-term rentals market, as well as in corporate long-term leases. It is encouraging that the results of the new third segment, namely car trading, have now a significant contribution to Group’s results. Synergies between activities strengthen the Group's potential in a highly competitive market that also offers opportunities for growth». 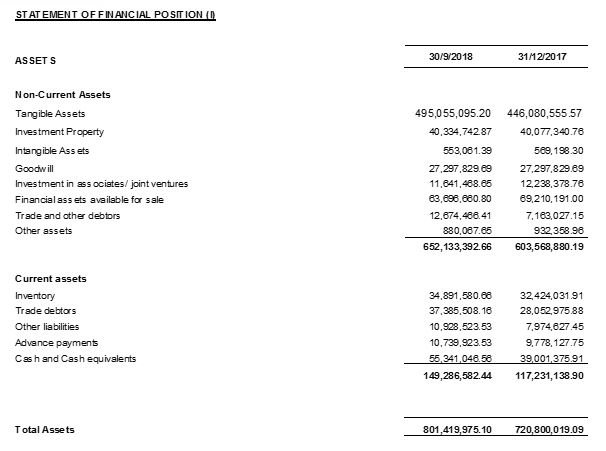 Newsletter - Sign up
Get more travel inspiration, tips and exclusive offers
An error occured.
Please confirm your registration now at your email!
We are using cookies to improve you experience while using our website. By continuing to browse our site you agree to our use of cookies. Find out more here.
Login
Not a member yet? Sign up here
Sign up
Already a member? Login here
THANK YOU FOR YOUR TRUST!
Please, check your email inbox
to complete the registration process.
Forgot Password
Not a member yet? Sign up here
Please, check your email account to complete the retrieve password process.