Athens is one of the oldest cities in the world; the city of Pericles and Socrates; the city where Democracy was born; the city where arts and letters blossomed. In modern history, Athens is an extremely popular international destination for personal, as well as for professional reasons. The landmark of the city is the sacred rock of Acropolis with the astonishing Parthenon, whose presence has been prevailing for thousands of years.
The size and the plethora of points of interests in Athens make the use of a car indispensable. For your car rental needs in Athens, trust Autohellas Hertz, the biggest car rental agency in Greece. Autohella Hertz is the only company that operates ten (10) offices throughout the Greek capital. Autohellas Hertz features a car fleet, which constitutes of 4x4s, MPVs, minibuses, but also intermediate, subcompact and compact vehicles. Our big number of offices allows us to serve you, whenever you need to rent a car in Athens, but also to facilitate you in case you need to return it in a different location.
From Athens, you can easily plan all-day excursions, since within 150 kilometers you will find unique monuments, attractions and other must see places. All that is now feasible by renting a car from Autohellas Hertz.
Read more Close
Car Rental Athens - Hertz car hire in Athens 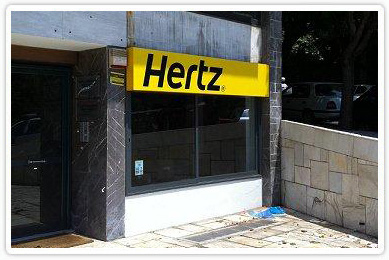 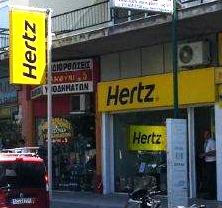 Mykonos is the most popular island in Greece and the favorite holiday destination of many celebrities from all over the world. It’s a rather small...

Corfu is the famous island of Feakes, it’s located on the northern part of the Ionian Sea and it has been heavily influenced by the Western...

Kalamata is the capital of the prefecture of Messinia, which is one of the beautiful prefectures in Greece. Kalamata is in the southernmost part of...

Thessaloniki is a modern city that has managed to maintain its warmth. Its infrastructure and ambiance manages to combine the modern with the...

Chalkidiki is a blessed place that could easily have the title of the most beautiful prefecture in Greece. The vibrant night life, the numerous bars...

Read more
It’s almost impossible to see all the attractions in Athens unless you have a lot of time in your hands! This is not an overstatement, since this is a city with a 3.000 year history, the capital of an entire country with approximately 4.5 million people and the mother of the Classical spirit that led to the establishment of the Western Civilization. Below, you will find a list with the most significant attractions in the city.
1) The Sacred Rock of Acropolis
Millions of people from all over the world are visiting the Acropolis every year. It’s one of the most significant monuments of the world and it’s considered a symbol of the ancient Greek spirit. The Parthenon, Propylaea, Erechtheion, the Theater of Dionysus, the Archaic Temple of Athena, the Herodium and the Temple of Athena Nike are the center masterpieces of the sacred rock.
2) The Acropolis Museum
The new Acropolis Museum is one of the highest profile projects in the world for this decade and it hosts about 4.000 sculptures and artifacts found on and around the sacred rock. The museum is about 14.000 square meters and it is only 280 meters away from the Acropolis. It has a café, a restaurant, a shop and many thematic exhibitions within its premises. The museum is located in the historic/archeological district of Makriyianni, at the entrance of the beautiful pedestrian Dionysiou Areopagitou Street, which unifies the archeological sites of Athens and ends up in Thiseio, having the Parthenon as a background.
3) Plaka
Plaka is an old, picturesque neighborhood that belongs to the historical district of Athens and it’s situated in the foot of the Acropolis. It has mazy pedestrian narrow streets, with souvenir shops, traditional taverns, beautiful neoclassical mansions and buildings –some refurbished and some abandoned- Byzantine and Metabyzantine churches and small chapels, old huts, ancient relics and the ever-impressive view of the Acropolis and the Parthenon. All these simply compose the magical picture of this unique Athenian neighborhood.
There are many entrance-streets to Plaka, through the pedestrian Dionysiou Areopagitou Street, few meters away from the New Acropolis Museum. Other ways to access Plaka are through the narrow streets on the right of Filellinon Street and Amalias Avenue.
In Plaka you should check out:
4) Monastiraki - Psyrri
This is another picturesque neighborhood in the historical district of Athens, with flea markets of leather products, jewelry, souvenirs, electrical appliances, antiques, vinyl discs and old books. Monastiraki is situated on the left of the second part of Ermou Street. Its entrance landmarks are the Old Mosque,      the Roman Library and the train station. The neighborhood of Psyrri is across from Monastiraki Square, in the narrow mazy streets. It used to be a degraded commercial and industrial area. However, within the last 10-15 years it became the new Athenian hot spot, due to its picturesque ambiance and the numerous taverns, cafes and bars that opened there.
5) Keramikos
This is a major archeological site with a small museum at the end of Ermou Street. The findings that saw the light of day after numerous excavations come from many different periods, such as the Mycenaean, the Classical and the Roman.
6) Thiseio
This is an extraordinarily preserved, small ancient temple of the 5th century BC, in the borders between the homonymous district and Monastiraki.
7) The Stoa of Attalos
A two-story, elongated building from the Roman era, used as a market. Today, it operates as an exhibition hall with findings from the Ancient Agora.
8) The Temple of Olympian Zeus and the Adrianos’ Gate
It’s impossible to miss the tall ancient columns of Corinthian style, just behind the massive Adrianos Gate, when crossing Amalias Avenue. The Gate and the Temple were built by Emperor Adrianos on the 2ndcentury AC, even though the Temple has been there since the 6th century BC, but it was not as massive as it later became. Its final dimensions were as follows: 110 meters length, 43 meters width and with 104 columns!
9) The Archeological Museum of Athens
Exhibits through the entire specter of antiquity are displayed in a beautiful neoclassical building in Patission Street. The Archeological Museum of Athens and the New Acropolis Museum are the biggest ones in the Greek capital.
10) Athens University - Academy - National Library
A complex of Archaic-style neoclassical buildings on Panepistimiou Street. Located between the two most centrally located squares in Athens, Omonoia and Syntagma, they all constitute a very distinctive city view.
11) Lycabettus Hill
The Lycabettus Hill is the most famous one in the Attica basin. It has an altitude of 265 meters and it’s the second highest, after Tourkovounia (323 meters). Access is easy by foot, by car or by the picturesque funicular railway that departs from Ploutarchou Street in Kolonaki and goes all the way up to the beautiful chapel of Agios Georgios. Atop there is ample parking space, a nice café and a cantina. The view of Athens is simply spectacular, day or night.

VOULIAGMENI - SOUNIO
After Vouliagmeni, which is the last municipality within the limits of the capital on its south-southeastern side, the coastal Poseidonos Avenue was renamed Sounion Avenue and leads to the major archeological site of Sounion, after about 40 kilometers.

PARNITHA
Parnitha is the highest mountain in the Attica basin (1.413 m.) and it has been declared as a national park. Even though the catastrophic fire of 2007 destroyed almost 2/3 of its forests, nature managed to be reborn and today Parnitha still offers its unique views to the basin. The route Varympompi-Sfendali is really worth a road trip. A Casino (and hotel) operates right on top of the mountain, which can be accessed through the brand new aerial cableway.

ELEFSINA - ISTHMOS - LOUTRAKI
The archeological site of Elefsina is situated on the 78th kilometer of the Athens-Korinthos National Highway. From there you can continue your visit in the touristic area of Isthmos. In just 5 kilometers by car you will stumble across the beautiful seaside town of Loutraki, renowned for its quality and quantity of spring waters, as well as for the long pebbly beach and of course the Casino. If you want to enjoy the southern coastal side of western Attica, you should definitely follow the old National Highway.

Newsletter - Sign up
Get more travel inspiration, tips and exclusive offers
An error occured.
Please confirm your registration now at your email!
Login
Not a member yet? Sign up here
Sign up
Already a member? Login here
THANK YOU FOR YOUR TRUST!
Please, check your email inbox
to complete the registration process.
Forgot Password
Not a member yet? Sign up here
Please, check your email account to complete the retrieve password process.
Warning